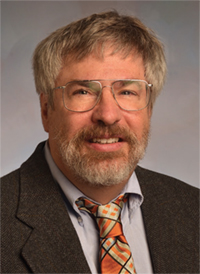 In November, David Anderson published new research in PLOS ONE on how sea-level rise will likely destroy early colonial settlements and other historic places on east coast of the United States, including Jamestown and St. Augustine, which are within one to three meters of modern sea level.

“There are going to be a lot of cultural sites lost and the record of humanity’s history will be put at risk,” Anderson told The Guardian newspaper.

The internationally reported research is just one of many outputs of Anderson’s NSF-funded Digital Index of North American Archaeology (DINAA) project, which aggregates archaeological and historical data sets on human settlement across North America. While DINAA began in 2012, Anderson has been working on building continental scale databases for about 30 years. Combining site files across the southeast since the mid-1990s, Anderson has been building collaborations from UT and Oak Ridge National Laboratory to partners in government agencies and tribal nations across the United States. 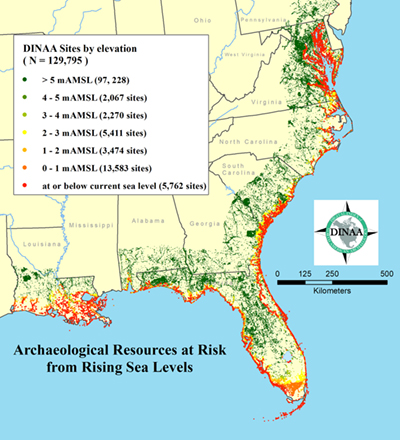