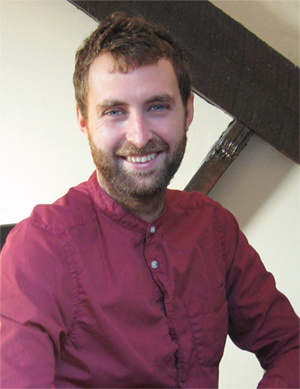 Damian Ruck joined the Department of Anthropology this fall as a postdoctoral scholar in big-data social science. Ruck uses big data to measure social and cultural change through time, including differences across cultures and nations over historical time. Ruck’s new research, published with Professor Bentley this summer in Science Advances, measures the importance of religion in 109 countries spanning the entire 20th century. The study, showing that a decline in religion influences a country’s future economic prosperity, made the front page of Britain’s leading newspaper, The Times.

Ruck’s appointment is funded by the Office of Research. He is also a member of the NIMBioS DySoc group created by Professor Sergey Gavrillets. Ruck, originally from England, received his PhD from Bristol University, United Kingdom. He looks forward to exploring the pubs and great outdoors that are in abundance here in East Tennessee. Welcome to Knoxville, Damian!