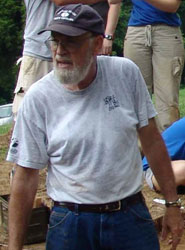 Charles H. “Charlie” Faulkner, UT Professor Emeritus, passed away peacefully on July 11, 2022. He was a loving husband, father, grandfather, teacher and friend and was an active member of the Church of the Savior UCC.

He joined the UT Department of Anthropology in 1965 and taught prehistoric and historic archeology for 42 years. He was the principal investigator of the Normandy Dam Archaeological project in Middle Tennessee, published hundreds of reports, journal articles and several books over his 50-year career. He was nationally recognized for his work at Mud Glyph Cave. Charlie received many professional awards, including the Distinguished Professor of Humanities Award. Read more