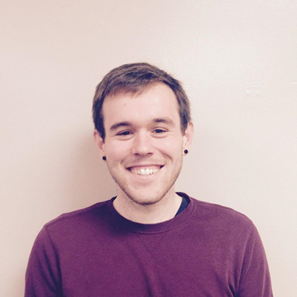 Derek Boyd is a Ph.D. student in biological anthropology at the University of Tennessee, Knoxville. His research interests broadly include human skeletal biology, paleopathology, and forensic anthropology. He received his B.A. in anthropology from California State University (CSU), Fullerton, and an M.A. in anthropology from CSU, Chico. As a graduate student at CSU, Chico, Derek assisted with the forensic recovery and analysis of human skeletal remains through the Human Identification Lab (HIL) and participated in an internship program with the Forensic Anthropology Division of the Harris County Institute of Forensic Sciences in Houston, TX. In addition to his graduate training in forensic anthropology, Derek completed a thesis project in paleopathology that examined status differentials in access to treatment for traumatic injuries in Industrial-era London and investigated whether differential treatment influenced risk of subsequent injury.

As a graduate student in the Department of Anthropology at the University of Tennessee, Knoxville, Derek continues to play an active role in the forensic anthropological community, working as a volunteer with the Forensic Anthropology Center, and conducting research related to human decomposition, although he also has interests in mass fatality management, disaster victim identification, and human rights investigation. Additionally, Derek has participated in internship programs in forensic science with the Department of Defense in Quantico, VA, as well as the New York Office of the Chief Medical Examiner. In addition to his continued involvement in the forensic anthropology community, Derek is currently working on a dissertation project involving a regional investigation of respiratory health and risk of death in Industrial-era England.

Digital Images. Poster presented at the 70th meeting of the American Academy of Forensic

Tennessee. Poster presented at the 70th meeting of the American Academy of Forensic Sciences.

2017    Approaching Studies of Multiple Traumata from the Leg Up: An Examination of the

Effect of Prior Injury Location on Patterns of Subsequent Injury in 18th and 19th Century London.

2017    Interpreting Fracture Healing in the Archaeological Record: Socioeconomic Status and

American meeting of the Paleopathology Association.