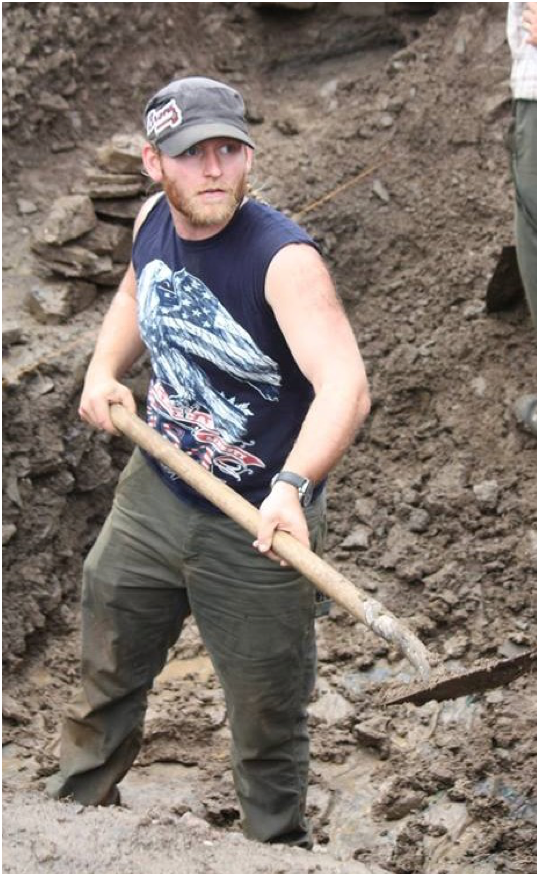 My name is Nathanael Fosaaen. I grew up around the Blue Ridge, and graduated from Appalachian State's anthropology program with an archaeology concentration in 2011. I've been working in archaeology professionally since then. Most of my work has been in the southeast, but I've also excavated as far west as New Mexico and as far north as Minnesota, as well as three summer seasons in Ireland. My main focus at UT will be Zooarchaeology of the Ozarks Archaic. I also do some lithic analysis, and recently I have experimented with pXRF as a feature analysis tool.