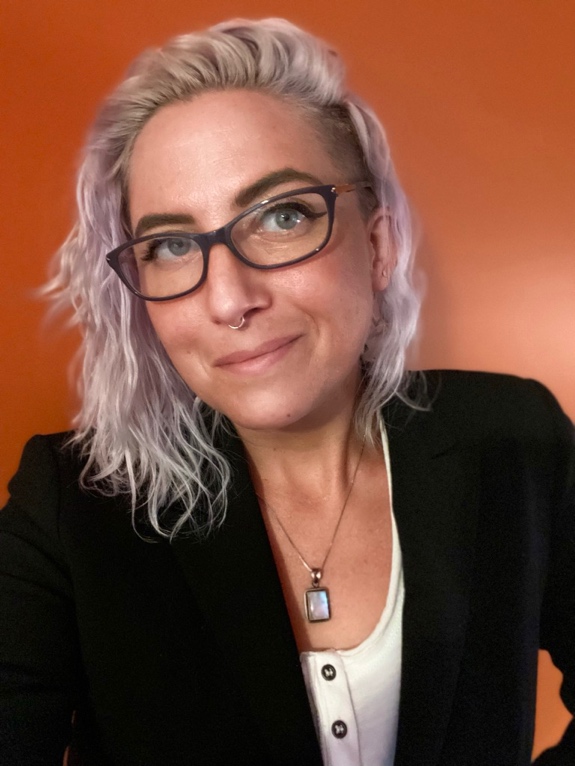 Dr. Sarah E. Page is a Caribbeanist sociocultural anthropologist whose research intervenes in human rights, queer studies, political economy, social movements, and the anthropology of the Black Atlantic. Trained broadly across anthropology’s four fields, Dr. Page shares this holistic perspective with her students in the classroom. With more than a decade of undergraduate education informing her engaged and dynamic teaching portfolio, she is dedicated to helping students cultivate their own anthropological lenses through which to view our rapidly changing world.

Dr. Page has an active research agenda and is currently writing a book entitled Queer Perseverance: The Rise of LGBTQ Human Rights Activism in Jamaica, based on her work with human rights NGOs combating institutionalized homophobia in Kingston, Jamaica. In it, she explores stories of resilience and courage, told by a range of LGBTQ people who inspired her journey to understand how their homegrown activism is challenging the effects of institutionalized political homophobia. This book analyzes the early stages of a fledgling social movement that begins with sexually minoritized people coming out publicly, often at great personal cost, to design campaigns calling for tolerance and to organize to bring about change including the decriminalization of same-sex intercourse between consenting male partners, as well as better access to legal redress within the constabulary and court systems for victims of anti-LGBTQ hate crimes. Yet their efforts are largely viewed as taboo and transgressive within the larger Jamaican society and the backlash against them has been intense. Dr. Page draws on ethnographic fieldwork and employs a feminist queer lens to develop an extended case study of this growing movement. The resulting reflexive, intersectional analysis explores the mechanisms behind collective identify formation in this nascent movement as well as the varied motives propelling individuals toward activism. Further, this case study outlines the unique pressures that often led to setbacks in the actions of this fragile coalition of activists while identifying the strategies that may help ensure its survival. This book documents the realities of institutionalized homophobia in Jamaica and its migrant communities overseas and help theorize the social forces reifying political homophobia in the Anglophone Caribbean. It also adds in-depth material to the study of how activist coalitions and NGOs form at the grassroots level and the factors needed for them to succeed.

Dr. Page’s next undertaking will highlight via ethnographic research, the activism and lives of LGBTQ Jamaicans exiled in North America and the United Kingdom. In situating the study among queer exiles, she will address the effect transnationalization of Jamaican LGBTQ identities has on the movement for human rights at home and abroad to determine the degree to which they become embedded in activism and queer spaces both on the island and in their host countries. In so doing, Dr. Page will reveal the obstacles this system imposes on functional activism in countering institutionalized homophobia, and at the same time, documenting the movement as it grows beyond Jamaica’s territorial boundaries to queer communities in exile in the United Kingdom, United States, and Canada.

Because Dr. Page’s larger scope is concerned with the genealogical tracking of a movement, her work may be beneficial for community organizers and scholars of human rights alike—in a documentary way, but also in providing examples of structural, social, and cultural hurdles to realizing positive social change. Overall, Dr. Page’s research contributes to an ongoing, global project toward inclusivity of sexual minorities. In addressing a politics of queerness intersecting issues of human rights, her charge highlights the need for such projects to evolve to meet the needs of vulnerable global citizens.

Courses Taught at University of Tennessee