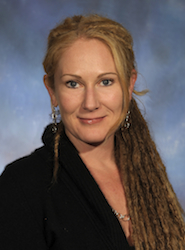 I am a cultural anthropologist whose work falls broadly in the area of engaged political and legal anthropology. Regionally, my research focuses on East Africa (Eritrea, Ethiopia, Uganda) and among refugee and diaspora communities in North America and Europe. Thematically, I am interested in political conflict and violence, militarism, forced migration, and post-conflict transitional justice and development issues. I have two active research foci. First, for more than twenty years I have been studying the experiences of refugees and asylum seekers from the Horn of Africa country of Eritrea and struggles around nationalist identity, nation-state building, and human rights. In addition to doctoral research conducted in Eritrea in the late 1990s and early 2000s, I have also conducted fieldwork in Eritrean diaspora communities in the United States, Germany, and Ethiopia. My other research focus is on post-conflict northern Uganda and the problem of improper burials related to the 1986-2006 Lord’s Resistance Army civil war. Working with a collaborative, interdisciplinary team of cultural, forensic, and archaeological anthropologists, including Dr. Dawnie Steadman (Director of the Forensic Anthropology Center), since 2012 I have led an ethnographic investigation into the political, legal, and spiritual significance of mass graves, internal displacement camp burials, and other war-related graves for survivors of the civil war in the Acholi sub-region. My anthropological approach is interdisciplinary and I seek to combine ethnographic analysis with rigorous theoretical framing and ethical application of anthropological knowledge in contexts such as asylum and refugee determination procedures and human rights/humanitarian forensic investigations.