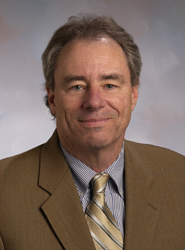 In his nomination letter, David Anderson, professor in the UT Department of Anthropology explained the value of their contribution.

“The paper is authored by a multidisciplinary team led by Beau Carroll, an enrolled member of the Eastern Band of Cherokee Indians working in their Tribal Historic Preservation Office. This paper is a summary and expansion of his MA thesis ‘Talking Stone: Cherokee Syllabary Inscriptions in Dark Zone Caves.’ The paper is a remarkable study showing how Manitou Cave was regarded by early 19th century Cherokee as a spiritually potent place where wall embellishment, including both images and texts, were actively linked to ritual and cosmological matters. A second important aspect of the paper is the convincing demonstration that collaboration between archaeologists, historians, and Native Cherokee scholars provided ‘a much richer understanding of the cave their meaning and historic context in terms of Cherokee memory and experiences’ (p. 534)… The paper offers an interpretation not only on how the Cherokee who wrote the texts were using the cave, but also a method for better understanding how native peoples may have used them in much earlier times. The work demonstrates the kind of positive accomplishments that can come from collaborations between archaeologists, historians, photographers, and Native peoples.”