When a hurricane, tornado, earthquake or flood destroys a socially constructed world, we tend to think of effects in terms of how physically destructive forces bring life to a standstill. Normal is suspended, and much effort expended to ‘return’ us to that ‘normal.’ Problematic as that conceptualization may be, given that the normal itself tends to be deeply contested, and sometimes far less stable than assumed, this short thought-piece is directed towards another facet of disasters. How might we understand a situation that involves a natural disaster such as the ones described above, interacting with an existing set of arrangements that then ends up producing secondary, or tertiary disasters? The Fukushima earthquake-tsunami-nuclear disaster is perhaps one of the most frighteningly spectacular recent instance of such a complex disaster. An undersea earthquake in the Pacific produced tsunami waves that devastated the coast of Japan taking thousands of lives and destroying entire swathes of populated land, but also destroyed protections in the Daiichi nuclear plant setting off a third disaster, that of nuclear radiation. If the earthquake’s effects, measured in terms of tectonic perturbations and energy released from deep beneath the surface of the ocean,  lasted minutes, and that of the tsunamis,’ at least a few hours with the eventual dissipation of energy, the reactor’s leakage of radiation into the ocean and land continues to this day. Temporal depth is something that needs to be considered here, but not merely because the effects of radiation on human and other life is going to extend far into the future.

We need a better appreciation for the temporalities at play in the making of complex disasters, because doing so allows us to see human social worlds as constituted historically, and contested socially, worlds inextricably bound to unequal relations of power. It wasn’t an accidental fact that somebody decided setting up a nuclear power plant on the coast of Japan was a good idea. Well, not in an individual sense, but as specific configurations of power – industries, policy makers, ‘experts,’ whose decisions and explanations are buttressed by a phalanx of knowledge producing and disseminating structures and practices, spanning scientific research, capitalist investment, business friendly media and public relations. Add to this the hegemonic structures of socially reinforced value systems where scientific prowess – measured in terms of nuclear plants in the present era, but also bridges and dams, rockets and bombs over the course of the last century, are ensconced within an ethos that equates human well-being with technocratic control of society, nationalist pride, and militaristic control of nature. Across the world schoolchildren learn about how great their countries’ technological dreams are, as if those – carefully nurtured by national elites eager to prove themselves in a world rife with the worship of technocratic control – constitute the horizons of their own dreams.

It is the smothered possibilities of dreaming otherwise that a deepened appreciation of temporality can help bring back to the surface of analysis. Complex disasters raise complex questions that challenge us to rethink the terms and assumptions regarding ‘recovery.’ When the Japanese state and its business allies decided it would be a great idea to rebuild near the devastated nuclear plant, or that it would be an excellent idea to dump millions of tons radioactive water into the ocean, they clearly were not considering the views of those still struggling to comprehend the enormity of what happened to them, thanks in no small part to these same kinds of decisions, the consequences of which they will bear on their sickened and dying bodies across generations. Can humanity leave the question of recovery to the same assemblages of power that played a key role in producing catastrophic disasters? Would a concern with complexity open up possibilities for considering historically produced and sustained patterns of social injustice as slow, albeit deadly disasters in and of themselves? We may then ask, how does the destructive force of a hurricane or tsunami work with the violence of poverty and political marginalization – nurtured through public policies that prioritize profits over lives, – in order to produce catastrophic outcomes that are in effect neither natural nor accidental, but indeed political. 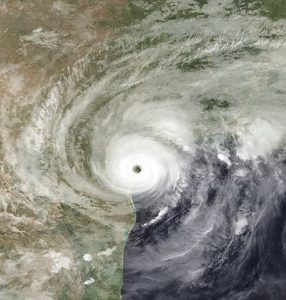