The Department of Anthropology at the University of Tennessee denounces the murder of Asians and Asian Americans by a white man in Atlanta on Tuesday, March 16, 2021. We call these actions white supremacist terror, urging Americans to take notice that non-White people will not be safe until white supremacy as an institution and as a normalized practice is dismantled. This violence should remind us all that even “model minorities” – minorities who have for some decades now been treated as exceptional due to class, education, and technocratic accomplishments – fall into the grips of hatred as white supremacy maintains an uneasy relation with anyone who is placed outside of the parameters of whiteness. Lest we forget the “yellow peril,” the slurs accompanied by genocidal violence during the Korean and Vietnam Wars and the demonization and internment of Japanese Americans during World War II, as well as the use and abuse of workers from China that have informed the very ways in which the U.S. continues to imagine immigration policy, the “model minority” is a fantasy that props up particular visions of race in order to continue white supremacist (including and perhaps especially anti-Black) violence. We also denounce white supremacy’s patriarchy – white supremacy as a form of patriarchy in itself – noting that this violence targeted women in particular. Women, Asian women, any woman should never be subject to the violence of (white) men’s hatred and anger and yet again, we see that this will not be possible until white supremacy is dismantled. Within the regimes of racial capitalism, where American profits and an exceptional place in geopolitical orders are products of and producers of violence against the bodies of Black, Indigenous, and People of Color within the U.S. as well as outside of it, we denounce this violence as well any attempt to erase and revise its racialized undergirding to maintain white supremacy. We stand in solidarity with Asians, Asian Americans, and non-white peoples in the U.S. who have been subject to this kind of terror for centuries. We stand in support of Asians and Asian Americans, particularly at UTK, in Knoxville, in Tennessee, and in the U.S. South, recognizing the feelings of fear and terror that they are likely experiencing.

Ongoing acts of state and state-sponsored violence against Black, Indigenous, and People of Color (BIPOC) are steeped in centuries of racism, white supremacy, and racial capitalism. Anthropology is an academic discipline that has historically authorized and perpetrated colonial harms. For far too long now, anthropologists have remained complicit in our current system of violence by staying passive within the received and accepted norms of our discipline.

From this moment forward, the University of Tennessee’s Department of Anthropology will actively work to redress harms among ourselves and in the world at large. As a community of predominantly White scholars, we have the privilege to help dismantle and rebuild this system. Therefore, the Department of Anthropology unequivocally commits to actively building a welcoming, inclusive, supportive, and equitable space for BIPOC communities. Continue reading

Introducing the Department of Anthropology

The College of Arts and Sciences is the gateway to knowledge for every undergraduate student at UT. We are the largest, most diverse college and a central driver of the university’s academic accomplishments. Our First Year Seminar video series showcases the breadth and depth of our academic units. The Department of Anthropology is one of our more than 30 departments, schools, or programs that span the disciplines of the humanities, social sciences, natural sciences, and the visual and performing arts.

In this short video, Drs. Kandace Hollenbach and Raja Swamy introduce the Department of Anthropology.

Learn more about the College of Arts and Sciences at artsci.utk.edu.

Anthropology (literally the study of humans) is an extremely broad and diverse field concerned with every aspect of the human condition: past, present and future. Students studying Anthropology at the University of Tennessee learn of this breadth and diversity by taking courses in Cultural, Biological and Archaeological Anthropology. Research conducted by the faculty and graduate students of the Department is as wide-ranging (both topically and geographically) as the field itself.

Our research, supported by major funding agencies, is presented at scholarly conferences and published in highly-respected journals and academic presses. We share our knowledge with the public through a range of academic outreach efforts. Our faculty maintain on-going collaborations with a range of organizations spanning public and private sectors, international agencies, non-governmental and community organizations.

Please explore our website to learn more about Anthropology at the University of Tennessee. 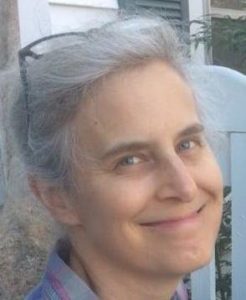 We are deeply saddened by the passing of our dear colleague Dr. Rebecca Klenk, on November 15th, 2020. Becca, as many of us knew her, was an accomplished cultural anthropologist, whose book Educating Activists: Development and Gender in the Making of Modern Gandhians, provides an ethnographically rich and beautifully written account of how women and girls in North Indian Himalayan communities navigate and craft ideas and practices of development and gender in a contemporary India pulled between Gandhian and neoliberal understandings of developmental modernity. Dr. Klenk mentored and taught students at UTK for many years, leaving an indelible mark on the Women’s, Gender, and Sexuality Studies Program, the Global Studies Program and the Department of Anthropology. Please click here to read her obituary on The Daily Times.

The Disasters, Displacement and Human Rights Program invites submissions for our new Working Paper Series. We welcome submissions from all the sub-disciplines of anthropology that address key issues and debates pertinent to disasters/extreme events, displacement/structural violence, and human rights/social justice. More