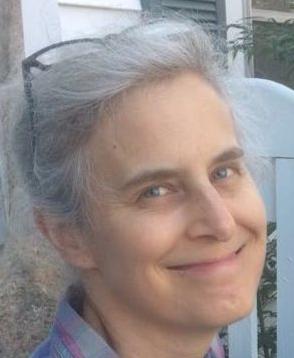 Rebecca Klenk passed away November 15, 2020, after battling pancreatic cancer. She received her PhD in sociocultural anthropology at the University of Washington in 1999 and began working at the University of Tennessee the following year. Her 20-year career at the university included teaching in several interdisciplinary, including Global Studies, Asian Studies, and Women, Gender and Sexuality Studies and the Department of Anthropology, which became her academic home department. She also served as a lecturer in sociology and taught in the Haslam scholars and the Chancellor’s honors programs. Her ability to connect with students across a wide range of disciplines, and her remarkable skills in the classroom, led to her being named a finalist for the Chancellor’s Excellence in Teaching Award in 2012. She has been nominated again posthumously.

Klenk’s distinguished scholarship was the foundation upon which her extraordinary skill as a teacher rested. Her book, Educating Activists: Development and Gender in the Making of Modern Gandhians, examined the ways in which development and globalization impacted women’s lives in India. She received several short-term fellowships early in her career, including a Fulbright Student Fellowship, and was later awarded a Fulbright Senior Scholar Grant in 2014 for further work in India. Following her return to UT, she assisted the Office of National Scholarships and Fellowships in advising Fulbright applicants. Since 2017, the University of Tennessee has established itself as a major Fulbright producing university in the United States and the most productive among Southeastern universities. Klenk was a major contributor to that success. During her 20-year career at UT, she also devoted considerable time to other forms of service.

Following her cancer diagnosis, when she became too ill to teach full time, Klenk administered the department’s Disasters, Displacement, and Human Rights program, a program that she had actively contributed to since its inception in 2008. Beyond the mundane requirements of this role, she worked tirelessly with other affiliated faculty to shape the vision of the program as it enters a new phase. Her warmth and friendship have touched us and enriched all of our lives.

Professor J. Randall “Randy” Pearce passed away on December 25, 2020, from complications due to COVID-19. Pearce graduated from UT and obtained a doctorate of dental surgery from the University of Tennessee Health Science School. He had a dental private practice in Morristown for more than 30 years. He was also a forensic odontologist and served at the World Trade Center after the 9/11 terrorist attacks as part of the Disaster Mortuary Operational Response Team (DMORT). Pearce trained law enforcement officers in forensic odontology at the Forensic Anthropology Center and was always a favorite instructor. He will be greatly missed.