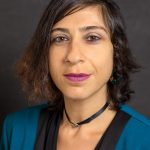 Tamar Shirinian received her PhD from Duke University in 2016 and completed a postdoctoral appointment at Milsaps College before coming to UT. Shirinian’s research focuses on social movements and revolutions, environmental anthropology, feminist and queer anthropology, transnationalism, and psychological anthropology. Her current work examines diversity, inclusion, exclusion, and difference within the context of disasters and conflict, with a more recent focus on institutional logics. She looks at how ethnic, racial, and sexual differences affect access to mental health care and how the health care system is structured. Shirinian is working with Research Librarian Donna Braquet and others to collect, preserve, and share oral histories of LGBTQ+ people who live, or have lived, in East Tennessee. 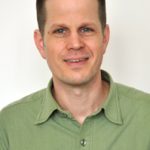 Roger Begrich holds a PhD in anthropology from Johns Hopkins University. Much of his ethnographic work has been conducted in India. He engages global concerns relating to medical and political anthropology, critical legal studies, and Indigenous/Native Studies. Begrich’s work combines an ethnographic analysis of the relations between indigeneity and sovereignty with a comparative discussion of substance use among marginalized populations. His work in India examines the effects of global racial capitalism and (internal) settler colonialism on tribal displacement. Begrich also researches global aging and the use of multiple medications among individuals in aging populations. He has begun research in India on how bodies and selves, as well as social relations, are increasingly mediated by pharmaceuticals and neoliberal forms of elderly care. 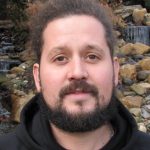 Simon Carrignon joined the department as a postdoctoral research fellow in 2019. He received his PhD in 2019 from the Universitat Pompeu Fabra in Barcelona, Spain. He specializes in building computer models that help us to understand how social interactions between individuals and groups can impact global changes. Carrignon has worked with archaeologists, historians, biologists, psychologists, and ecologists. He is currently working with Alex Bentley, professor of anthropology, on social interactions at the age of online social media. He is also working with Bentley and Nina Fefferman, professor in the Department of Ecology and Evolutionary Biology, on understanding how the spread of socially acquired behaviors can impact the spread of COVID-19. This work can also be used to explore the impact of viruses and other disease-causing agents on the evolution of ancient human societies at larger scales. While at UT, he has also been working outside of the department with epidemiologists and researchers in information science. 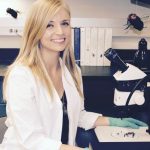 The Forensic Anthropology Center welcomed our new Haslam postdoctoral fellow, Charity Owings, who is a forensic entomologist. She earned a PhD in biology from Indiana University-Purdue University Indianapolis. Owings is currently characterizing the insect biodiversity at the Anthropology Research Facility, and her overall research aims to refine time since death estimations using various arthropods. She grew up reading Professor Bass’s books and always dreamed of working at the body farm one day. Now that dream has come true, she could not be happier and more at home in the anthropology department.